Why optimism is back in Canadian energy stocks

Executive orders from President Trump: they seem to have taken over the media during the past week, and mostly for the wrong reasons. One order that Trump signed, however, on his fourth day in office, could be a boon for the Canadian economy and investors, even if it too comes with a large level of controversy and resistance. Trump's approval of the Keystone XL Pipeline has put some optimism back into Canadian energy stocks and TransCanada was so encouraged that the company refiled their permit documents for approval the day after Trump’s comments.

“For an oil sands company, the news is definitely positive. Right now there are about 4 million barrels a day of pipeline capacity out of Canada but if you fast forward five years, with the projects that are in line here, we’re going to need about 5.5 million barrels of daily capacity,” says the Managing Director and Deputy Chief Investment Officer at Middlefield Group, Rob Lauzon. “We are building more oil sands projects and we do need more pipeline. The capacity of the Keystone XL is 830,000 barrels a day and that’s very helpful.”

However, there is still a lot of heavy lifting to be done on the deal. TransCanada still needs to get approved in Nebraska, which will probably take most of this year, and then construction will take another two or three years. The pipeline probably won’t be in service until 2020, so there is no immediate bump to Canadian businesses. But, once construction begins, there are many companies whose revenues could expect a boost. “Canadian firms will benefit from all of the ancillary work. Companies like Shawcor, Aecon Group, and Stantec, which provides permitting and environmental services, might get some new business over the next few years,” Lauzon says. “It’s definitely a positive and will also probably add $3- 4 to TransCanada’s share price. It’s a step in the right direction.”

Although the mood is distinctively more positive in Canada’s oil patch and the Keystone XL is considered to be good news for jobs, business and GDP growth, right now Lauzon encourages investors to consider Canadian oil firms (and the ancillary firms who could benefit) to be five year investments. “I think foreign investors may start thinking about buying Canadian oil sands stocks again because they see the clouds dissipating and Canadian firms getting a better price for their oil,” Lauzon says. “Canadian Natural Resources (CNQ) will probably get $2 – 3 dollars more for their oil if they can get down to the refineries in the gulf coast via Keystone XL.” 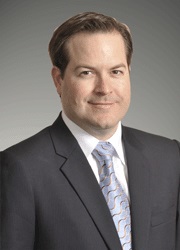 Are mortgage borrowers a risk to Canadian housing market?

'When things are hard you either keep going or stop stopping'