I don't know what impossible is, says Wes Hall

Entrepreneur tells WP about his journey from a tin shack to corporate boards and Dragons' Den, and why he still feels he has nothing to lose

If you ask Wes Hall what drives him, he barely skips a heartbeat before answering.

“You know there’s a picture that I have of me in front of the tin shack that I grew up in in St. Thomas, me with my grandmother, looking at the tin shack. And, really, that tin shack is what drives me,” the executive chairman and founder of Kingsdale Advisors of Toronto told WP while vacationing in Italy.

“If you look at where I started, and where I am today, I don’t know what impossibility is because, really, this journey should have been impossible.”

Hall, who is one of North America’s most influential power brokers, founded Kingsdale Advisors 18 years ago, at the age of 34. He’s orchestrated multi-billion-dollar deals for Air Canada, Citigroup, Tim Hortons, and Petro Canada and is #16 on Maclean’s Power List of 50 influential Canadians. He’s CBC Dragon’s Den’s first Black dragon. He’s on the Ontario government’s Capital Markets Modernization Taskforce and Toronto International Film Festival board, and he's just been named to the advisory board of Maverix Private Equity. He also owns QM Environmental, a leading national environment and industrial services provider, and The Harbor Club hotel, one of St. Lucia’s premier resorts.

Underlining all that is someone who cares about kids and is deeply committed to diversity, equity, and inclusion. Hall’s an active board member of the SickKids Foundation, The Black Academy, and Pathways to Education. He helps to raise $500,000 a year to help Caribbean kids attend the University of West Indies. He’s also the founder and executive chairman of both the Black North Initiative, which is challenging Canadian businesses to set data-driven diversity targets and dismantle racism, and Canadian Council of Business Leaders Against Anti-Black Systemic Racism.

Hall attributes his success to a series of small steps, where he achieved different levels of success.

The first was leaving Jamaica, where he was one of 15 children, three of whom were raised by their grandmother.

“That was a step that I never thought that I would ever take, to leave that environment to come to Canada,” he said. “So, when that step happened, and there was success from actually getting here to Toronto, and then getting my first job, and then going to school, and doing all those different things that I’ve done, it’s like all these little incremental successes, and I’m like wow, that isn’t bad, so I kept going!

“I kept taking on bigger challenges, and those challenges started working out and that just kept pushing me to do more. But it’s not that I want people to think highly of me or pat me on the back. It’s just more to go, ‘man, I went from impossible to actually accomplishing the impossible’.”

Hall’s mom abandoned him when he was 18 months old, so his grandmother raised him and two siblings in Garden Grove until he was 11. He re-joined his mom at 11, but she kicked him out at 13 and he lived on his own until 16, when he decided to move to Canada to get to know his dad, a factory worker. They’d only met a couple of times in Jamaica, but he didn’t like following his dad’s rules, so soon moved to a rooming house, and worked as a dishwasher in a tough part of Scarborough while he finished high school.

After graduating in 1988, Hall worked as a junior mailroom clerk at the tony legal firm, Strikeman Elliot, and used the staff education allowance to study law and finance and earn a law clerk’s certificate. CanWest Global hired him as a law clerk and assistant corporate secretary a year later. In 1998, he worked briefly at CIBC Mellon, which handles share transfers, before Georgeson Canada, a shareholder communications firm, recruited him to oversee business development and sales. That’s where he discovered the potential of advising on proxy battles, which led him to found Kingsdale in 2003.

What most impressed him in all that, though, was his grandmother, who so graciously took in three little ones when she was 60.

“She wasn’t resentful. She just saw something that needed doing, and she did it,” said Hall, “So it’s kind of the same attitude that I take in life, you know. I see something that needs to be done, and I always step in and try to figure it out. And, yeah, there could be failures that come with that. But, that’s where people don’t really take on challenges that are tough because they don’t want to fail.” 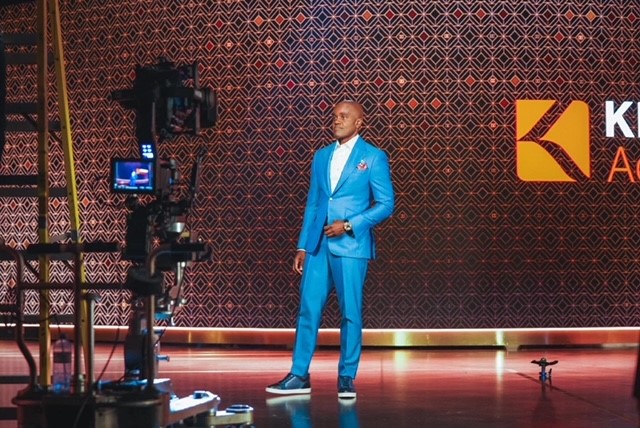 Watching his grandmother do the best she could was a model for establishing his resolve.

“I see all these different things and go, ‘it’s not right. I got to do something about it’ because I do have a platform. And if it doesn’t work out, it doesn’t work out, but I’m not going to not do it because I’m afraid of failure. So, if you have nothing to lose, why not just give things a shot? I keep looking back at the tin shack that, in fact, tells me that I have zero to lose,” he said.

Having come from a tin shack with no electricity or running water, but which had an outhouse, and living in luxury because his house has running water, electricity, and a bathroom, Hall noted that differs from others who don’t want to lose their possessions or reputation by taking on something risky.

“When you come from that tin shack, you’re not risk averse. You just do it because nothing is worse than that environment.”

Hall lauded those who hired him based on his potential, but then added, “it’s up to me as to whether or not I’m going to prove they’re right.” He then quoted Richard Branson, who said, ‘if someone give you an amazing opportunity and you’re not sure you can do it, say yes, and figure out how to do it later’. “That’s how I’ve lived my life even before he said those words,” said Hall.

That’s the philosophy that’s guided him into everything he’s done – from his Black activism to agreeing to do Dragons' Den, even though the latter took him out of his comfort zone because he’d never done television before. He knew he’d be scrutinized, but he found taping the first season an “amazing experience”. He also likened it to starting Kingsdale when he saw the chance to be a disruptor, even though he’d never run a business before.

What happened with Dragon’s Den has mirrored what’s happened in Hall’s life. “At the end of the day I had an opportunity to say ‘yes’ to it,” he said, “and, as a result of saying, ‘yes’, I’m guaranteed that it’s going to open the doors for others like me in the future.”

'Our strategy is working … but we've only scratched the surface'

Why the Bank of Canada's rates stance didn't surprise advisors