Rising up the ranks of Canada’s investment industry

We spoke to Ian Aitken about buying his first stock, the changing face of the industry and how he’s reacted to Donald Trump’s surprise win

When Ian Aitken bought his first stock at the age of 14, a career in the investment industry seemed destined to become a reality. He’d always been interested in the stock market, so when an opportunity to work for Pembroke Management during the summers of the early 80s came up, he jumped at the chance. Aitken made such a good impression during his student summers that he was offered a permanent role with the firm when he finished university in 1987. He’s been with Pembroke ever since.

“I’ve tremendously enjoyed my time in the industry,” Aitken, now President and Chief Executive Officer, says. “It’s dynamic, and when you’re in the portfolio management business trying to search out interesting growth companies, you get to meet some wonderful people and focus on great industries that are seeing tremendous growth.”

The industry has certainly changed a lot since Aitken finished university. The global market capitalization of all companies worldwide in 1987 was $7.7 trillion; it’s now $61.8 trillion. “I got my CFA back in 1990 and at that time there were less than 13,000 CFAs in the world, there are now over 120,000,” Aitken says. “That shows how this industry has changed and grown, it’s been a remarkable thing to be a part of.”

From the late 80s to late 2016, and an election result that surprised so many in both the political and financial worlds. On the morning after the election, Aitken and his team called a meeting to review the possible implications of Donald Trump’s victory; they concluded it would be a positive for the markets.

“He’s pro-business, or pro-American business, in many ways, and the combination of reduced taxes and reduced regulations is a good environment for many companies,” Aitken says. “That’s one of the reasons the US market has rallied. We do, however, also feel that he’s more unpredictable than other presidents in recent times so we see a higher risk of an unexpected development, either with regards a trade war or increased hostilities with another country. There are greater potential returns but also increased risk.”

Since the election, some of the big healthcare names have been hit as a result of the expectation that Trump will dramatically change the funding formula. There is a feeling, however, that despite Trump’s pre-election rhetoric, it’s going to be harder for him to make some of the changes he proposed. “So, maybe some of the areas that have been hurt will actually turn out to be not as impacted as originally expected,” Aitken says. “Also, some of the assumptions that people had with regard regulation and trade patterns have to be reexamined. There could be substantial changes in tax rates, so valuations of companies that made sense before the election have to be reconsidered.”

Although the markets have witnessed a tremendous rise in passive investments in recent years, Aitken does believe that adopting a more active approach is important in times of such volatile market conditions. “That approach allows active managers, like us, to add value over time,” he says. “When there are changes going on, you want to have that ability to make a call based on opinion rather than just owning an index.” 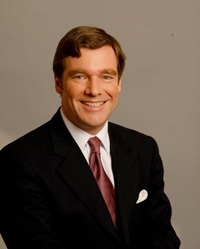 The case for cash