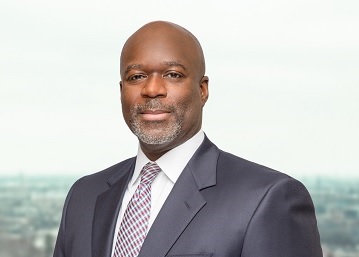 The police killing of George Floyd has sparked global protests and huge support for the Black Lives Matter movement. In a new three-part series, WP talks to finance professionals of colour and asks them about their experiences of racism and how the industry can instigate real change. In the final part, Dennis Mitchell says the time for talking is over and we need people to actually step up and do something.

Putting out statements online in support of Black Lives Matter is “low-hanging fruit”. What Dennis Mitchell wants is tangible action, and the CEO of Starlight Capital has challenged asset management firms, CEOs and the industry’s media to make a meaningful, sustained commitment to change.

Mitchell spoke with clarity and purpose to WP about systematic racism in wealth management and how that permeates from kindergarten all the way up to boardroom level. There has been a surge of support for the Black Lives Matter movement after the deaths of George Floyd, Breonna Taylor and Ahmaud Arbery, and Mitchell said it’s no longer enough for people to just condemn events. “We need people to actually step up and do things,” he said.

Former politician Stockwell Day’s recent “tone-deaf” comments and subsequent resignation epitomized the issue. Mitchell understood why Day didn't think there was structural racism in Canada because “if you're not subject to it, you don't see it”. But equating racism with being bullied in school for wearing glasses showed a complete lack of recognition for the severity of the problem.

Mitchell said: “Black people aren't angry at white people for being successful. I'm not jealous or angry of people who've leveraged the system to get somewhere. All we're looking for is the same opportunity that other people received.

“I get a lot of pushback when people say, ‘if you're the best candidate, you work hard, you're going to get ahead; look at you, Dennis, you're the CEO of a company’. The issue is people just aren't aware of how quickly and pervasive racism kicks in and limits people like myself.”

Pointing out that the prominent black CEOs in Canada have had to start their own businesses to carve out their place in the industry, he also used the Peel District School Board report as an example of where, as early as junior kindergarten, black children are channelled into programs that limit their economic potential.

“A lot of businesses say, we'd like to partner with colleges and schools and trades and so on. But by then it's too late because the pool of candidates that's being brought forward to you has already been arbitrarily curated.”

Affirmative action would help level the playing field and bring in people who should have had the opportunity but were denied it. He stressed it’s not a case of making people feel guilty but rather about raising awareness and galvanizing them into doing something about it, whether that be changing recruitment procedures, partnering with organizations in different communities or making a commitment to ensuring the executive ranks of an organization are more reflective of the community in which it operates.

Sadly, Mitchell has seen little evidence of this from asset management firms. It’s a community where a lot of hiring is done through people’s network, but if that encapsulates only the same schools or Bay Street groups, the problem becomes self-fulfilling. CEOs being brought in from the U.S. is all well and good but where are those networks in Canada and how many people of colour were considered for those positions, asked Mitchell.

“Even when you do see diverse CEOs, you ultimately find they weren't invited in - they had to create a place for themselves,” he said. “But there's plenty of opportunity. Wealth management firms do significant amounts of marketing and advertising, you see them all over LinkedIn, you see them all over television.  They’re very good at creating brands, profiles and messages and getting them out to a wide audience. They should be natural for embracing this and communicating their commitment. But I don't see it.

Ultimately, a diverse workforce will help drive a firm to find the best solutions. Stockwell Day, for example, can’t solve something he doesn’t think exists but people with different backgrounds and lived experiences will be more effective.

Mitchell, who is affiliated with the 100 Strong Foundation, which mentors young black men, challenged asset management CEOs to show they want to participate beyond just recruiting from the same tried and tested existing network, starting with going to schools you don't normally go to and partnering with organizations to build up a pipeline of people who look different.

He said: “I put it to the CEOs to first become aware of the situation and then to take concrete steps to do something about it other than send emails. I think CEOs around the world are interested in making a change. The challenge is to get them to make a sustained, meaningful commitment; sustained meaning beyond just the current outrage, and meaningful meaning more than just sending emails and solidarity. It's actually about committing capital, human capital, financial capital and business capital, towards making a change.”

The media too – WP included – should not be bystanders, he said, and must also look at recruitment and staff diversity. Mitchell added: “What are you doing to make a change? You are an important voice in our industry and if you took a stance, that would open the door for organizations in this industry to do something as well.”