Most investors now see the value of ESG within fixed income

Half of investors that have incorporated ESG within their fixed income portfolios did so for performance with 46% reporting that it has been beneficial to their returns compared to just 3% seeing a negative impact.

"There has been a shift among investors who saw the value of ESG in equities but did not see how the approach could be applied to fixed income; they now view ESG as a significant fixed income strategy,” explained Rob Waldner, chief fixed income strategist and head of macro research at Invesco.

He added that the firm’s research found that about a quarter of fixed income assets are currently ESG-integrated.

"Amid the current market volatility, we've seen continued interest in the analysis of non-financial risks as part of the due diligence process. This is especially true given the connection between credit impairment, and risks associated with issuers that can be uncovered by a robust ESG process," he said.

Emerging markets
The Invesco third annual Global Fixed Income Study of chief investment officers and fixed income asset owners also reveals that 72% of investors now have an allocation to emerging market debt. This is an increase from 49% in the previous study.

For those investors focused on returns over diversity, country-specific allocations are also on the rise. China is favoured by 42%, driven by the belief that access has improved and that the Chinese system offers unique diversification opportunities.

Waldner says the firm sees this as a long-term trend.

“It's notable that Chinese fixed income in particular is one of the best performing asset classes this year, beaten only by US treasuries," he said. "For North American investors, our survey shows the majority see their EMD allocations as motivated primarily by diversification, with 68% viewing these allocations as core investments, rather than satellite, suggesting that they fulfilled long-term stable objectives."

"Liquidity and regulatory hurdles continue to be a concern in fixed income markets, both amplified by the 'sudden stop' of the US economy brought on by COVID-19," continued Waldner. "With these concerns in mind, past and present, our research shows a trend among respondents targeting liquidity premiums with fixed maturity strategies to help alleviate some of the strain. We found 56% of investors are using them, including 72% of DC pensions and 66% of insurers."

The survey also shows that almost half (43%) of respondents believe the end of the record-long economic cycle was a year or less away at the time the survey was conducted.

"One factor that may have driven this caution was investors' view that spreads were tightening. Given the appearance of COVID-19 and its impact on the markets, respondents who took precautionary actions in expectations of economic deterioration may now be relieved they did," concluded Waldner. "But caution wasn't universal, causing some investors to navigate the very large swings we're now seeing in what were previously considered high-quality assets like consumer goods, autos, oil and gas, and travel." 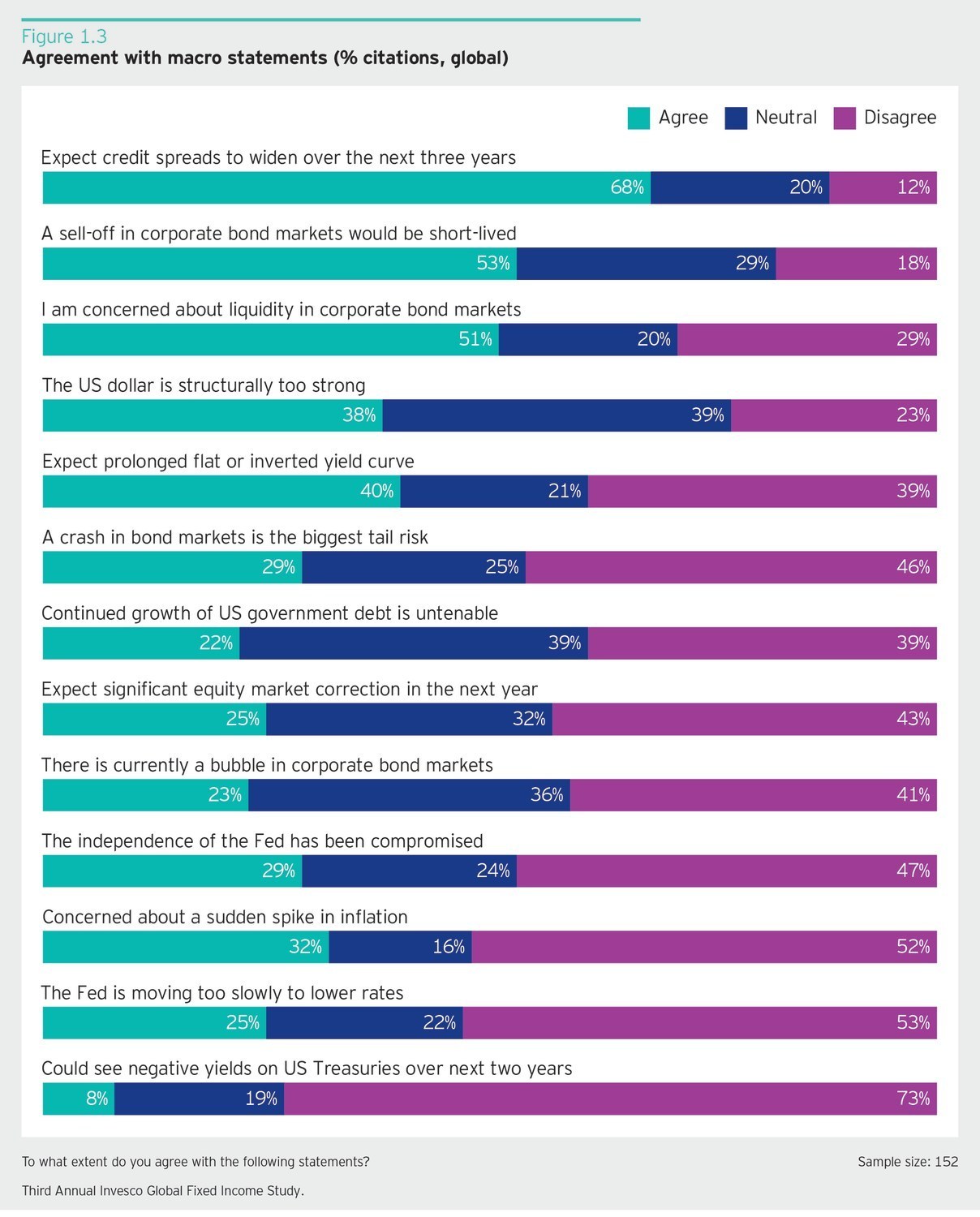 'We're not trying to create a single-ticket solution'