How many Canadian children are living in poverty?

Fraser Institute senior fellow’s essay says that only 91,000 children have been lifted from poverty by the Canada Child Benefit

It cost an extra $5.6 billion dollars in 2019-2020 but the Canada Child Benefit (CCB) was less effective than we’ve been told according to a new report.

The CCB replaced two previous benefits in 2016 and Sarlo has calculated that under these old programs, around 390,600 children would have been deemed to be in poverty. The new system saw this reduce to 299,700.

“One of the stated goals of the Canada Child Benefit was to help lift children out of poverty, but most of the households that benefit from this new program compared to the previous ones were never living in poverty in the first place,” said Professor Sarlo. “The CCB program did not target truly low-income families with children and instead deliberately prioritized the middle class.”

The decline in child poverty rates improve when an alternative measure of poverty is used.

The federal government tends to favour Statistics Canada’s Market Basket Measure (MBM) which estimates poverty at higher levels of income compared to LICO. In 2019, for instance, the MBM for a family of four ranged up to a little over $50,000 depending on the city. 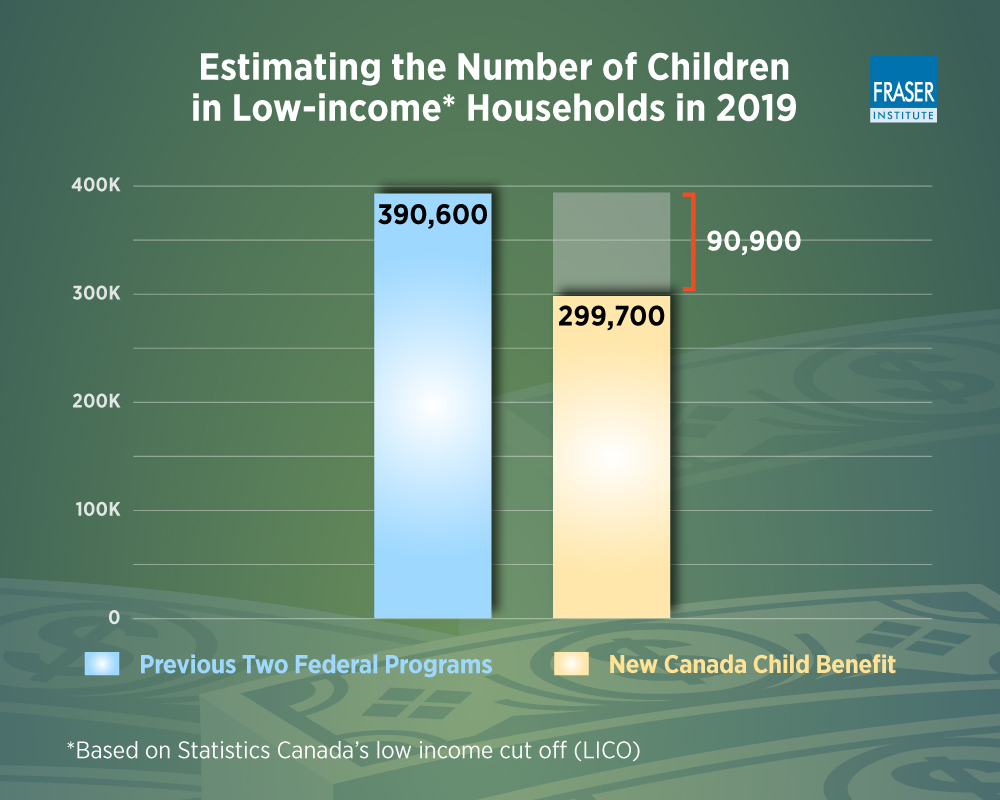