With the VIX volatility index that tracks the S&P 500 remaining flat, it’s the belief of wealth manager Youssef Zohny that markets have become complacent. Using historical precedent as his guide, he believes a spike in volatility shouldn’t be too far off.

“Earlier this year the correction was fairly paced, whereas in 2011 it was a very quick correction,” he says.  “In 1998 there was a spike when we had the Asian financial crisis and if you go back to 1987 when the markets fell 20 per cent in one day that was the highest ever registered in the index.”

Director of Wealth Management and a portfolio manager at StennerZohny Investment Partners+, which is part of Richardson GMP, Zohny outlines the market conditions that have largely precluded extreme volatility.

“When the VIX index is very low it’s an indicator that market participants have low expectations for future volatility,” he says. “Today there is a certain level of complacency there, so hedging is very cheap. Conversely, when the VIX is high it gives an indication that participants are fearful and it could be a good time to buy.”

Analysing the VIX index, the years 2011 and 1998 stand out. Now five years removed from the last major spike, could markets be headed for another sudden correction?

“Volatility could stay low and equity markets go higher, but the probabilities are that markets won’t go much further,” says Zohny. “One thing we do know about the VIX index is that it is mean reverting and goes up and down over time based on different cycles. That indicates a higher probability of a market correction down the road.”

So considering the fact that managing wealth is Zohny’s bread and butter, where is the smart money going in August 2016?  “Sentiment is very complacent, so you may want to become more defensive. As the VIX index is based on options, it tells you hedging your portfolio and buying protection is very cheap right now.” 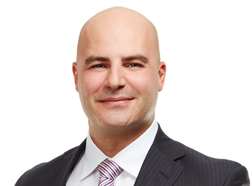