Time to revisit the ETR edge?

After years in the doldrums, gold regained its shine this year as investors took up defensive positions and added haven-asset exposure to their portfolios. Many flocked to gold ETFs, while others chose to invest in bullion funds, some of which also offer exposure to other precious metals such as silver and platinum.

But according to Frank Caterina, Program Associate, ETR Investor Relations at the Royal Canadian Mint, those who want to allocate part of their portfolios to precious metals may want to consider another instrument: Exchange-Traded Receipts (ETRs), which the Mint has been offering since the early part of the decade. 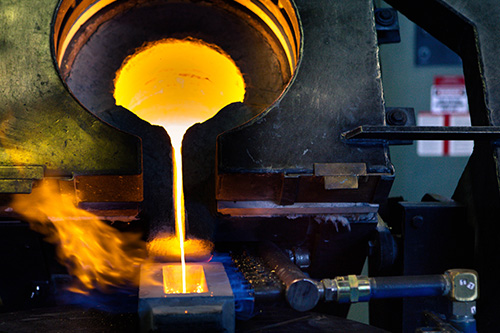 In November the following year, the Mint launched the silver ETR; because silver enjoys less institutional support than gold, the sister offering raised a more modest $100 million. Nevertheless, Caterina said, the retail participation was enough to make it the largest structured silver deal in Canada and in Canadian history up to that point.

The benefits of ETRs are as clear now as they’ve ever been. “Unlike physical bullion funds or similar gold and silver investment vehicles, the investor directly owns physical gold or silver stored at the Mint,” Caterina said. “You don’t own a unit in a gold-backed fund; there’s no intermediary, which means there’s one less element of cost and risk to think about.”

Investors can also take comfort from knowing that the Mint is backed by the Canadian government. That means the ETR program is treated as a government debt obligation, giving investors recourse to the government should they ever need it.

“One key thing that a lot of people don’t understand is our service or management fee,” Caterina said. “It’s all in — 35 basis points for gold, and 45 basis points for silver. They won’t see any unexpected expenses tacked on; we don’t pass additional surprise costs on to the end unit holder.”

The sophisticated bullion investor will also likely appreciate the program’s low redemption thresholds. According to Caterina, most funds that allow redemptions only allow it for large 400-ounce gold bar or 1000-ounce silver bars.

“Because we’re a commercial mint, we’re able to produce coins and smaller bars,” he said. “We can offer redemptions for as low as 10,000 gold ETRs or 5,000 silver ETRs.”

ETRs are also helped by the arbitrage activity of large hedge funds, Caterina said, which watch out for significant discounts to NAV. When they see a discount of 1% or a little more, they can go on the exchange and buy units at a discount, which they’ll then redeem for physical gold. “That allows the units to do what they should: they trade closely in line with the price of gold and silver.”

The ETRs operate similarly to closed-end funds, which means they don’t have daily creations or redemptions like ETFs. But the Mint does accommodate periodic monthly redemptions and will contemplate issuing new units on the TSX, denominated in US or Canadian dollars, if it sees a market for them.

“It’s been mostly challenging for us, along with everyone in the precious-metals space, in the years after 2012,” he said. “But the revived appetite for metals this year has provided a lift for our gold ETRs, which have gone from trading at a discount to NAV to fetching a slight premium.”