Around the world, particularly since the bottom of the stock market crash of 2008 (which occurred in February 2009), growth stocks have lead the recovery – but not in Canada. Global value stocks have traditionally produced greater gains during good quarters and bigger declines through bad quarters but Canada is different in this regard than the rest of the world. In this we are uniquely Canadian. 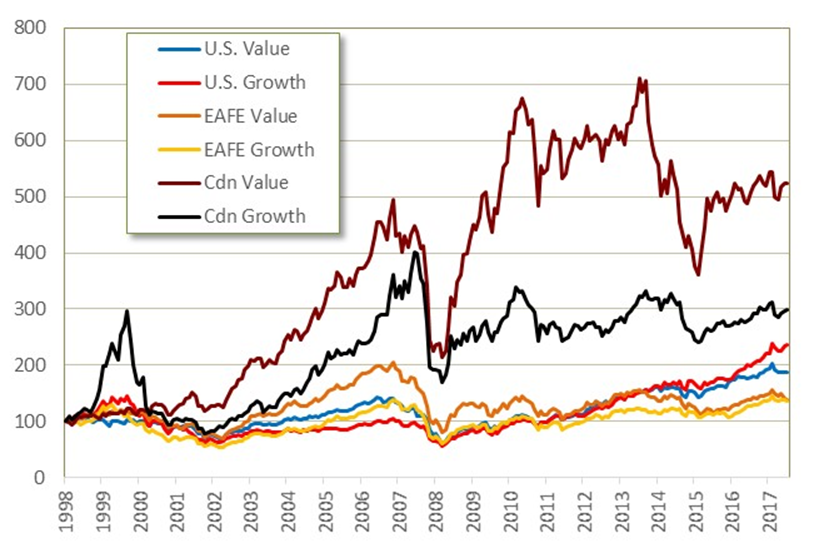 Growth indices include stocks with higher price-to-book ratios and faster than expected earnings growth rates. The value index includes stocks with lower price-to-book ratios and slower earnings growth rates. A quick glance at the three main sectors for Canada versus the U.S. and EAFE markets show exactly why our market marches to a different beat:

Not only does Canada have one of the most concentrated stock markets in the world, it is also highly value stock orientated. Unfortunately for the past 10 years that has been a very bad combination.

By looking at the cumulative total return chart to the right (all values in U.S. dollar terms) investors might conclude that for the past 20 years Canadian value stocks (especially) and growth stocks would have been the place to be. And they would be absolutely correct except this timeframe can be divided into two distinct periods; before the 2008 market crash and after. As the data to the left shows, over the last 20 years we were world-beaters; after February 2009 (the market bottom of the crash) not so much. The U.S. stock market has absolutely dominated the rest of the world and growth stocks (everywhere but Canada) have ruled the roost.

Growth has normally been the better strategy in this bull market which could be coming to an end in the not too distant future. Bull markets have been greatly supported by the stimulative policies of the world’s central banks, which increased the money supply and kept interest rates at historically low levels for nearly a decade.

Value stocks do their job for the most part (everywhere but Canada) as a defensive play during the last cycle of rising interest rates. This time around, inflationary pressure, brought about by rising rates as demand for workers increases could force the central banks to be more aggressive. In Canada, we simply do not have many growth stocks so value stocks lead the way over most market cycles and distort the Canadian stock market relative to most other countries.

Despite the runaway success of growth stocks globally over recent years the reality of rising interest rates could mean a comeback for value stocks beginning this year as investors flock to defensive investments. During the last period of sustained interest rate increases Canadian value stocks have reeled off 10 straight quarters of outperformance. And for a country like Canada where value stocks are king and historically outperform the rest of the world, we might just be able to break the back of the sustained period of weak relative performance and once again become the world-beaters we used to be. In that way being uniquely Canadian may work in our favour once again. 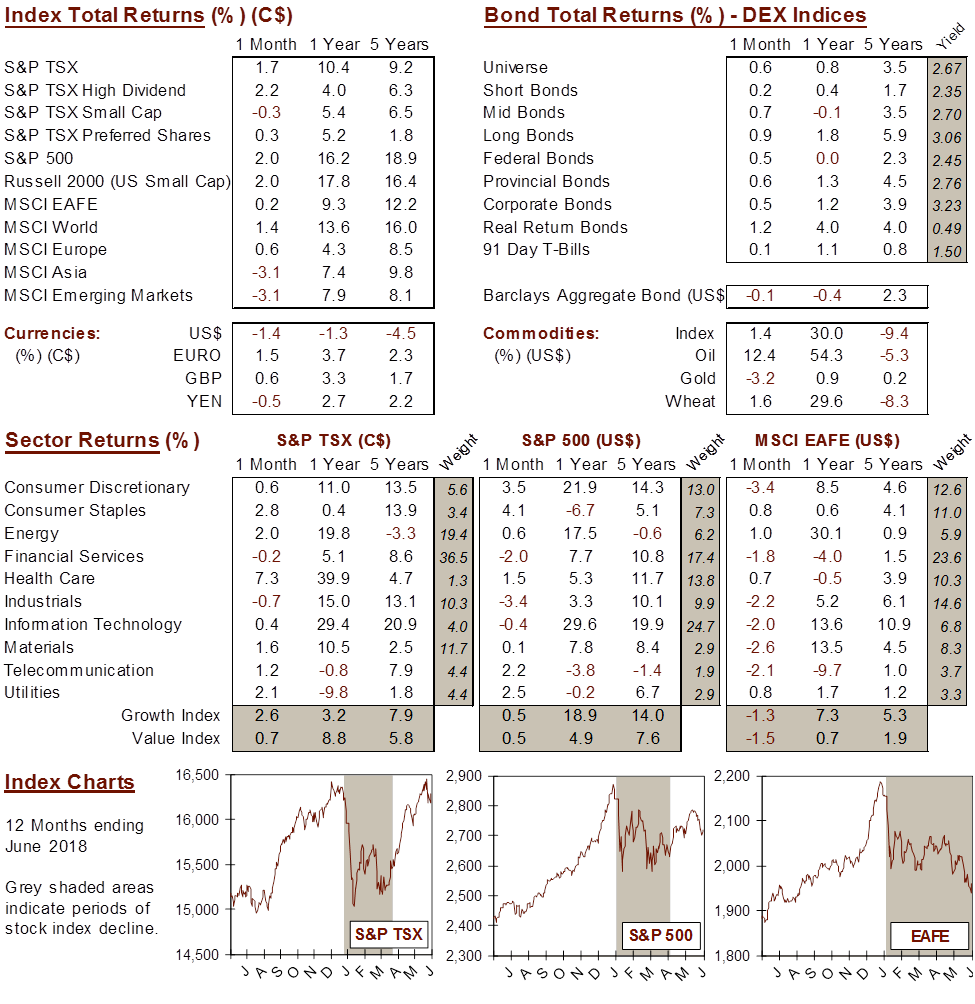 Why banks have become an analyst versus market scenario