The current Canadian stock market rally has reached 16.9% so far this year and it appears to be in good shape to continue roaring right along. Should we be celebrating?

The current Canadian stock market rally has reached 16.9% so far this year and it appears to be in good shape to continue roaring right along. Should we be celebrating? There is certainly a strong bullish case to be made because after market declines (including 2018) going back to 1924, stocks gained ground 76% of the in the second year following a bear market. This pattern of longer-term market outperformance offers some reassurance, but we cannot blindly assume that the market will continue to perform as it has recently. Often a stock market that builds momentum in one year carries it into the next. 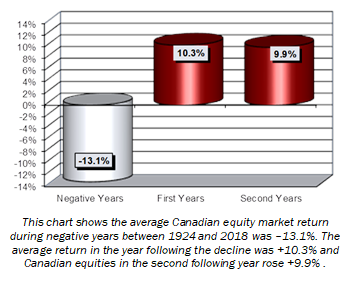 Consider the calendar year end returns for Canadian stocks using data from the S&P/TSX (1956 to 2018) and the Canadian Institute of Actuaries (1924 to 1955); we find that the market rose in 69 of 95 years or 73% of the time. Unfortunately, this means that there were 26 calendar year periods of negative returns, and in 76% of those cases there was a rally in the following year. As the chart below shows, the average decline during these 26 years was -13.1% and the average return in the year following the decline was +10.3%. Perhaps, even more interesting is the fact that in the second year after an annual decline the market continued to generate impressive gains which averaged +9.9% per year.

If history is a guide, the second verse will echo the first. The market's performance so far has mirrored a pattern common to

every bull market since 1949. In a rally's first year, small cap shares typically beat their large cap rivals, though a rising tide lifts all boats. Across the capitalization range, low quality issues generally outperform high quality as investors get more comfortable with risk. The worst stocks perform best and economically cyclical sectors outperform defensive ones. Historically, during the second year stocks kept rising, with small cap stocks continuing to outperform large caps. In the second year, the higher quality issues with stable and growing earnings begin to trump the lower quality names. The second year is very important because it gives a clue as to the industries that are likely to outperform over several years, as long as the economy keeps growing.

What seems to drive the markets in the second year after a good year are mutual fund and ETF investors who had continued to remain wary of stocks. Ask most financial professionals and they will tell you the same thing. Investors flee the stock market and then jump back in, often too late for their own good. The evidence of past years seems to support the view as new money coming to stock mutual funds has been negligible even as returns have been among the best on record.

This is likely the fifth bull market since 1987 and each time net inflows into stocks have been slow to get going before jumping in the second year after a market bottom. Will investors return this year in greater numbers, repeating the pattern of previous bull markets? History may not repeat itself, but it could rhyme and that will definitely be great news for diligent investors. 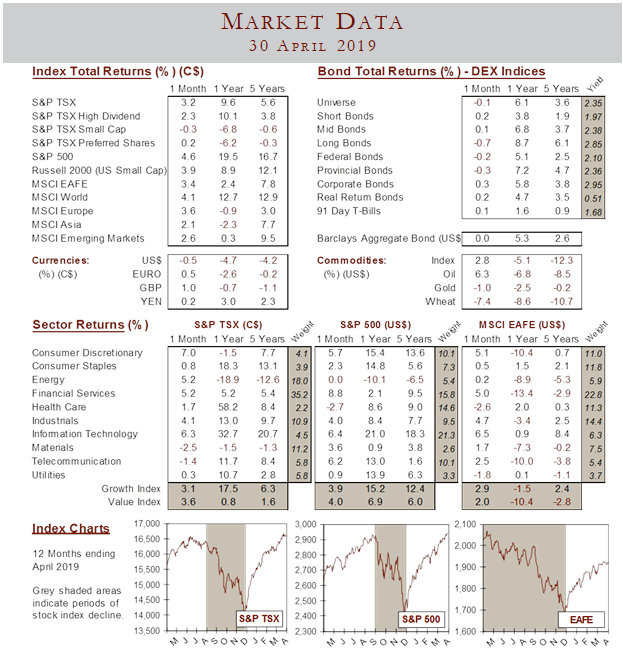