Investing in energy stocks can be a feast-or-famine experience

Investing in energy stocks can be a feast-or-famine experience. The highs are sheer bliss while the lows can be excruciating. It seldom seems as though there is any middle ground. There is, of course, one major catalyst that works to exaggerate the moves to the upside or downside. The price of crude oil can pump up energy stocks even when the overall market is not doing well, and can also weigh on energy stocks even when the general market is up. When the overall equity market is in sync with rising oil prices then let the good times roll. 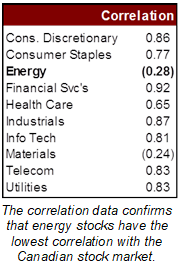 In the absence of an exceptional oil trend, energy stocks will generally follow the twists and turns of the broader equity market. Still, oil prices are a benchmark for global economic health: when the economic outlook is good, the demand for oil is good; when the economic outlook is poor, watch oil demand slide. Energy stocks are highly leveraged to oil prices but that does not mean there cannot be extended periods of disconnect. When there are periods of disconnect, inevitably discounts are gradually alleviated and prices converge to a sustained value.

While there have always been periods of divergence between oil prices and energy stocks relative to the market, there has been a noticeably tight historical correlation between energy stocks and oil prices. Still the days when energy stocks and the price of oil moved in lockstep are now fewer and further between currently (most likely due to a perfect storm of small factors driving the two numbers apart) but over the long run they tend to sync together.

The chart to the right shows the price of oil (West Texas Intermediate, in US$ terms – the left axis) versus Canadian Energy sector relative to the S&P/TSX Canadian Stock Index (right axis) for the period of December 1999 to August 2019. Clearly, there are obvious periods of differences between the two lines. However, these divergences typically lead to a ‘catch-up’ rally and a reversion materializes. As such, you would be hard pressed to tell the difference between the two lines in the broad scheme of things. 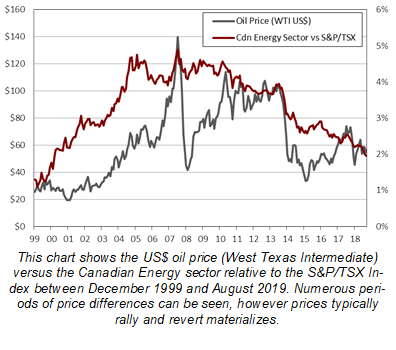 Interestingly, as indicated by the data to the left, energy stocks have the very worst correlation with the overall Canadian stock market. On the other hand, the correlation between energy stocks relative to the stock market and oil prices is extremely high. Both over the entire period (0.88) and during two distinct periods: strong stock performance from December 1999 to the peak of oil prices in June 2008 (0.93); and weak stock performance from July 2008 to today (0.81).

Oil prices have gained about 21.3% this year despite continued macroeconomic volatility, while Canadian energy stocks have slumped 8.9% (the broad Canadian stock market is up 13.0%). This has pulled the price of oil and energy stocks back into lock step. A possible explanation is that higher oil prices are rising due to temporary geopolitical concerns while energy stocks are pricing a soft oil price environment in the long term.

If oil goes up, oil stocks go up as a general rule. Unfortunately, oil prices appear to likely remain capped in the medium term due to robust supply from non-OPEC producers and tepid demand stemming from soft global growth. While the long term trend for energy stocks does not look overly promising at this time, a stock sector tied so closely to a commodity price can ramp up at a moment’s notice leaving under-exposed investors on the outside looking in. 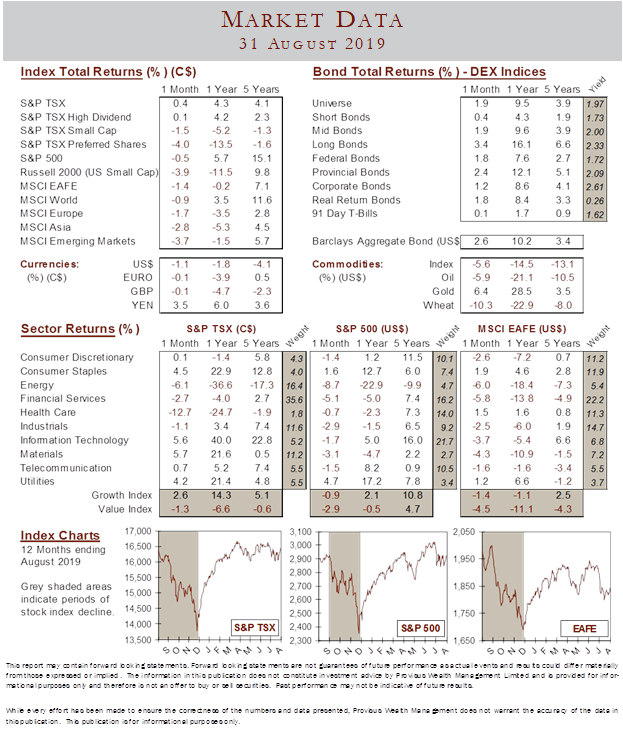