Reasons for optimism, but don’t get too carried away seems to be the general theme of the latest paper released by Geneva-based asset manager Unigestion. Forecasting the third quarter, Gael Combes and Florian Ielpo have outlined the current drivers for global growth (emerging markets) as well as the risks that could derail it (US election, Chinese debt).

Co-author of the paper, Ielpo is investment manager with the firm’s Cross Asset Solutions team. Holding a PhD in Economics from Sorbonne University in Paris, he brought his expertise to Unigestion in 2015 after distinguishing himself as a portfolio manager at Lombard Odier Investment Managers.

Speaking to Wealth Professional, he explained why he expects global growth to increase in Q3.

“We are seeing improvements across a whole bunch of emerging countries and for different reasons,” he says. “In China it’s mainly a reflection of the massive fiscal stimulus that was injected at the end of last year. India has been performing well for quite some time and Brazil seems to have found a bottom. The political cleanup there is likely to support economic growth.”

To temper that optimism is the very real threat of China’s debt levels. The world’s most populated country and second largest economy has debt that exceeds 250 per cent of GDP, which given its importance to the global economy is concerning. While recognising the risks this situation presents, Ielpo explains how the financial crisis of 2008 came about under a very different set of circumstances.

“I like to draw a parallel with the US situation in 2007,” he says. “The difference with China today is that nobody has thought of packaging pieces of that debt into CDOs and trying to sell them around the globe. For the moment Chinese debt is a very local phenomenon.”

Beijing clearly is at a crossroads and the government of Xi Jinping has made moves to reform its economy. China’s transition also has clear historic precedent, according to Ielpo.

“It’s similar to the Glasnost era in Russia,” he says. “They are slowly moving the country towards a modern capitalist economy with a layer of communism on top. They need to rebalance an economy that has been driven by exports to an economy driven by consumption.”

Another hot topic in Ielpo and Combes’ paper is the issue of inflation. Don’t expect the current lows to change much anytime soon is their advice.

“It will take a very long time before we see high inflation,” he says.  “We need to see higher inflation, which would be a sign of a sounder economic dynamic across the world. Growth in wages in the developed countries and the collapse in the price of commodities is limiting that.”

Following on from the Brexit vote and the associated fallout, Ielpo identifies political risk as another major factor that will govern economic growth for the remainder of 2016. The prospect of president Trump will inevitably have an effect on the markets in the lead up to the election, but it’s far from the only major political event this year.

“Political risk and Chinese debt are the biggest risks over the next 12-24 months,” he says. “We should have better growth in Q3, but Q4 will be shakier with the US elections, the Italian referendum and the initial surveys being released for the French election.” 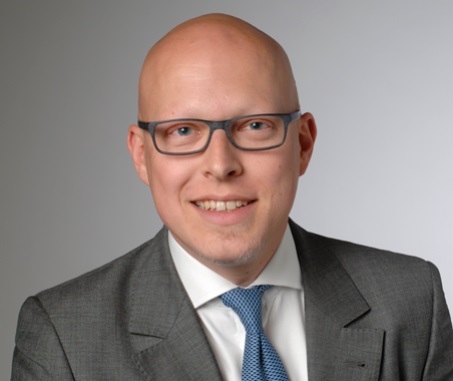 'I don't just care about client's money, I care about their well being'

Why this is the time to inflation-proof your portfolio