John McKinlay will succeed Zelick Altman as CEO of LaSalle Canada next week. Both men discuss the transition

Evolution rather than revolution is the order of the day for LaSalle Investment Management as John McKinlay succeeds Zelick Altman as CEO of the firm’s Canadian arm.

LaSalle is in the top tier of real estate investment managers globally and the appointment of McKinlay shows they have every intention of building on that reputation in this country.

A 20-year veteran of the business, prior to landing at LaSalle he was executive vice-president of acquisitions for Canada at Bentall Kennedy. He excelled in the role, and with his team originating over $5 billion in transactions over the last five years in acquisitions, dispositions and mixed-use development projects, it wasn’t surprising when the top brass of La Salle eventually came calling.  Speaking to Wealth Professional, he revealed his ambitions regarding the appointment.

“I will be looking for continuity – building on what Zelick and his team have done over the last 11 years in terms of reputation and brand in Canada,” he says.  “I will certainly be looking to build on that and launch new products that are tailored to investors in the Canadian market.”

The benefits of working for a global operation with the name recognition LaSalle enjoys are clear. The new CEO of the Canadian operation describes what this means for his targets as far as building the business goes.

“The goal is to build upon our Canadian investor client base. Also, we would like to leverage clients of LaSalle globally and bring them to Canada. It’s certainly not a bad environment here to do so.”

Canada’s commercial real estate market in the main population centres is in rude health and the world’s investment community has certainly taken notice. McKinlay’s predecessor in the hot seat at LaSalle Canada, Zelick Altman, will be staying on board to offer some valuable insight gleaned from his 11 years as CEO. In his view, Canada maybe expensive in terms of property, but those prices are warranted.

“In the commercial sector prices have been going up, but it is rational,” he says. “When people buy commercial properties generally it is because of the returns and yields. Those yields compared to what you get in similar risk products are superior in real estate.”

As for his ongoing role with the firm he has been synonymous with for the past decade-plus?

“I will still be here, but transitioning to a role which will be more advisory. I was also be responsible for the existing Income and Growth Fund series. With respect to the day-to-day business and the Canadian platform, that will be John’s responsibility.”

That responsibility begins on August 9, and the CEO has every intention of hitting the ground running.

“Short term I will spend some time with Zelick and his team and figure out the philosophy of the company,” says McKinlay.  “My focus is building trust and a rapport with the clients. Then I will look at what is being done, what is being fixed and where we want to expand in terms of new products.” 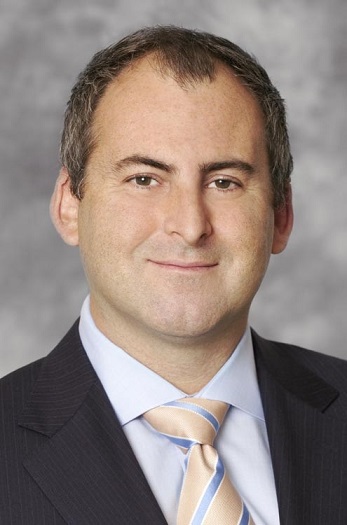