Franklin Templeton manager says momentum back with Remain side over Brexit

While many polls show the UK’s referendum on the EU as a dead heat, the markets’ recent movement suggests a Remain vote is still more likely.

Philippe Brugère-Trélat, portfolio manager with Franklin Templeton Investments in New York, believes the result will be close, but the status-quo should maintain past this Thursday.

“Recently there has been a shift in momentum towards the Leave camp,” says Brugère-Trélat. “That was until the horrendous killing of Jo Cox in the UK – that stopped Brexit in its tracks. Yesterday the Remain side started to gain some traction, but it is still very tight.”

Monday the pound sterling surged against the greenback and the FTSE 100 closed up three per cent. For Brugère-Trélat, the markets had been largely nonchalant about the possibility of Brexit until recently, but the rise in popularity of the Leave campaign over the past two weeks caused many to sit up and take notice.

“Financial markets including Wall Street had brushed aside the prospect of a Leave vote – they didn’t pay much attention to it,” he says. “The ones to look at are the UK bookmakers. They have a track record of uncanny accuracy on these votes, much better than the opinion polls.  Two months ago they had the chances of leaving at 25% and that later jumped to 40%. Now after the killing of the MP it is back to low 30s.”

The referendum on Thursday is the second to be held in Britain in the past two years. Brugère-Trélat sees parallels in the two campaigns and predicts that ultimately the result this week will mimic what happened in Scotland in 2014.

“My feeling is one shared by a lot of people on the Street – eventually they will vote to remain in the EU, albeit by a small margin,” he says.  “It reminds me a lot of the Scottish independence referendum. That time there was a sudden push towards the Independence camp a couple of weeks before the vote.  In the privacy of the voting booth a lot of people sobered up and there was a clear majority for remaining in the UK.”

That being said, the increase in support for the Leave side cannot be ignored. Clearly there are many British people that believe the UK’s best interests would be better served outside of the European Union. Are they a majority or not is what is proving so difficult to gauge. Portfolio manager for the Franklin Mutual European Fund, Brugère-Trélat outlines what a leave vote might mean for the UK, Europe and the rest of the world.

“If the vote is to leave, then you will see a chain reaction at the economic, financial and political level,” he says.  “It would be a momentous event – the first time a major member of the EU withdraws. The UK economy will be greatly impacted, much more than the EU. To put it simply, about 13 per cent of British GDP is exports to the EU, versus 3 per cent the other way. The UK needs the EU much more than the other way round.”

Another issue is just how Brexit would occur. Most long-term relationships ending tends to be messy, and the UK has been part of the European project since joining the EEC back in 1973.
“There will be a great deal of uncertainty after the vote because the procedure to exit the EU is a complicated and untested one,” says Brugère-Trélat. “There are 80,000 pages of treaties that have been transferred into UK law and that would have to be looked at, whether to keep or reject. That would take years. The immediate impact after the vote would be a further fall in sterling.”

He adds:  “The biggest risk is political, not so much economical. There is a risk of a domino effect if the UK leaves. The spotlight would immediately turn on the Spanish elections in June and the Italian constitutional referendum in October. All that would transmit to the financial markets and see a rise in elevated risk premiums. 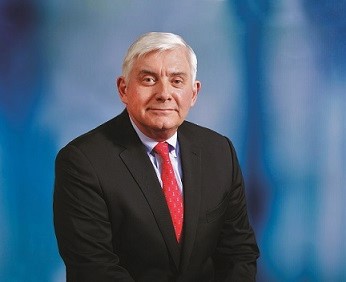 Why investors are quickly overcoming stigma around gold