The economic impact of the trade war is being overplayed and there is no suggestion this expansion has run its course, according to a portfolio manager.

Chris Stuchberry, of Wellington-Altus Private Wealth, told WP that he thinks the US Federal Reserve has overemphasized the significance of the US-China dispute by reducing its benchmark interest rate. He pointed out that US imports from China account for less than 2% of GDP, while exports amount to only 1%.

The actual economic impact will be “muted”, although the Toronto-based advisor conceded that the psychological impact could be more significant.

He said: “When you look at a stock market decline of 20% from September to December, 2018, it doesn’t matter who you are, you are going to have that mental reaction of ‘I’ve got to tighten my belt’.

“If the consumer gets scared and worried, and they don't take that vacation or doesn’t renovate their home, you can actually start to have a self-fulfilling prophecy where the market can contribute to the slowdown in consumer spending versus the market contributing to an increase. 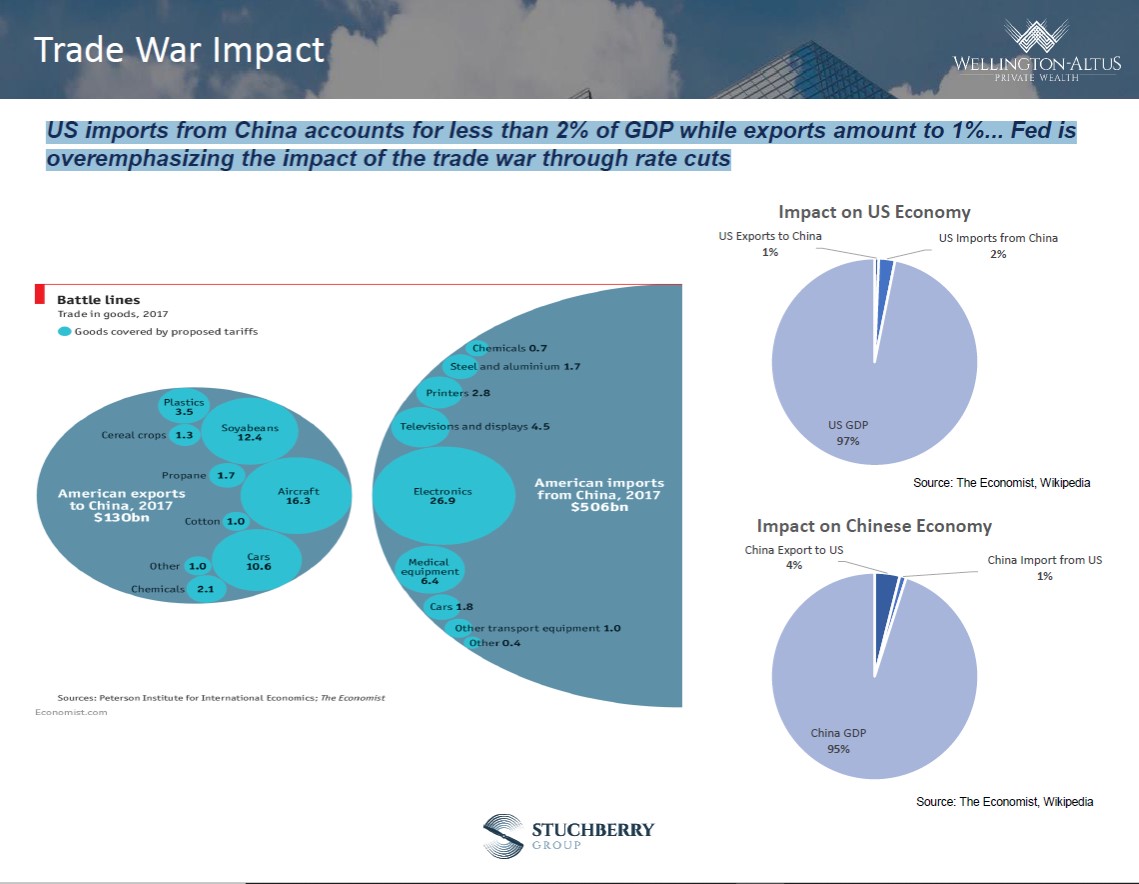 Stuchberry believes a trade truce is unlikely and that both countries are likely to dig their heels in for the long term, potentially for years. There is more chance, he added, that it will simply slip out of the spotlight in the same way the Greece bankruptcy story did.

Of course, fears that the sparring between the two superpowers will accelerate a global slowdown hit the markets hard in December, along with concerns about the Fed’s rate policy direction.

While Stuchberry said there are aspects of the economy and markets that point to late inning, other expansions have gone on longer and the data still looks positive.

“Having problems like we had in December is healthy and you want that in the longer term, you don't only want to go up because then it’s way worse when you go down. Realistically, the market has gone sideways for 18 months. A consolidation like this is healthy in a long-term bull market.

"In a lot of ways, it’s very difficult to find the data that would indicate why we would go down. A trade war is a very small percentage of the economy, affecting very few industries; conversely, the unemployment rate is incredibly low, wages are going up, inflation is low, corporate debt is low and profitability is quite good.”