We all like getting some extra financial help from the government, especially when the cost of living is squeezing our budgets.

But government programs have to be paid for and that frequently means an additional tax burden on Canadians, even if it is not immediate; and that’s never popular.

The recent federal budget included programs such as dental care, pharmacare, and $10-a-day daycare. When polled recently by the Fraser Institute, an overwhelming majority of respondents were supportive of these measures.

However, when the taxes needed to pay for the programs are explained, support falls to well below 50%.

“Despite the federal government’s borrow-now, pay-for-it-later approach to public programs, Canadians need to be aware that these new programs have significant costs that will have to be paid for by taxpayers eventually,” said Jake Fuss, associate director of fiscal policy research at the Fraser Institute and co-author of Polling Canadians’ Support for New Federal Government Programs.

For example, 79% of respondents said they support the universal pharmacare program, which would pay for essential medicines that millions of Canadians rely on but struggle to afford.

But if this means a hike in GST to cover the cost, support falls to just 40%.

“The reality of any new or expanded government program is that at some point Canadians have to pay for them, either in the form of higher taxes or less spending on other programs,” Fuss said. 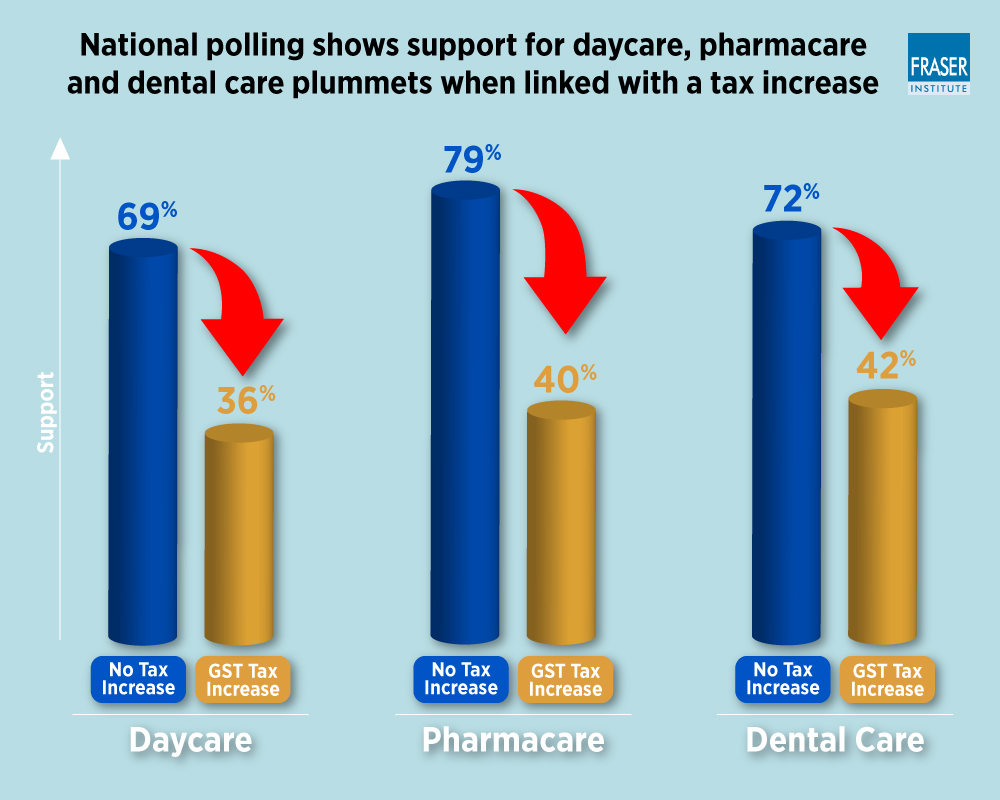 Are we headed for stagflation? If so, how can you prepare for it?

‘We have a refreshing business model for advisors,’ says CEO