Almost half of firms know who will control finances next

Almost half of Canadian companies are yet to identify their future finance leaders according to a new survey.

A Robert Half Management Resources poll found that only 51% of chief financial officers at Canadian firms have identified their successor.

While 59% of those who have not say they do not plan to leave the company any time soon, that’s not always foreseen. Among the other main reasons for a lack of succession planning are focus on other priorities, lack of qualified internal candidates, and lack of concern as they would have left anyway!

"In today's rapidly shifting business landscape, succession plans serve as a crucial safeguard for the continued growth and success of an organization," said David King, president of Robert Half Management Resources. "Change is inevitable and often unexpected, which is why a proactive approach to identifying and developing successors is key to navigating future leadership disruptions and mitigating the potential impact on the business."

Robert Half has identified the issues that can be faced by firms without a succession plan: 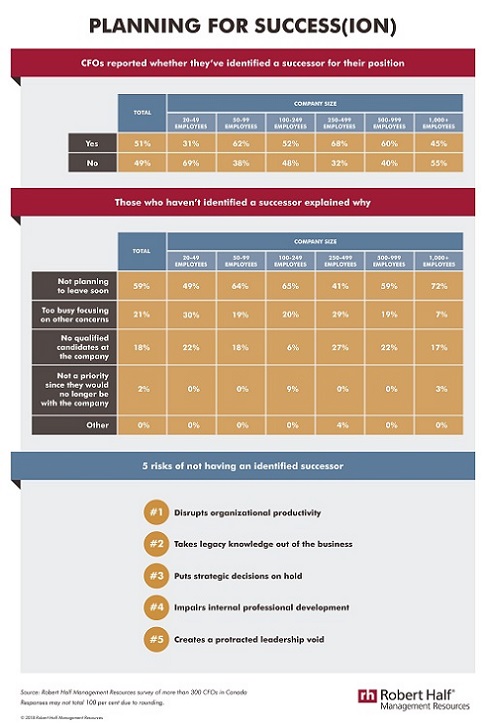