Mark Wisniewski of Sprott Asset Management says Leave vote was a surprise, but something he had prepared for with his portfolio’s exposure

Portfolio manager with Sprott Asset Management, Mark Wisniewski isn’t any different than the vast majority of industry observers when it came to Brexit. “I think everyone was surprised,” he says. “Last Wednesday it looked like chances of a Leave vote were pretty slim, between the bookies and all the other indicators, but they were completely wrong. The accuracy of polls is questionable, so I follow them just to see general trends rather than for absolute values.”

Before the vote last Thursday, Wisniewski believed the UK would ultimately decide to remain a part of the EU. That the opposite could occur wasn’t something he ignored, however, which is represented in his portfolio.

“The only thing I really have exposure to is HSBC, but that’s only about 1 per cent of my fund,” he says.  “Strategically, coming into this I took down my exposure to anything European-related because I thought the risk wasn’t worth the reward.”

Since the Leave vote last week, the pound and the European markets have taken a beating. With so much up in the air regarding where Britain goes from here, Wisniewski sees a long, drawn out exit ahead.

“It is in the UK’s best interests to drag their feet and get a strategy together before they start the negotiation process that could go on for two years,” he says.  “That means you get an extended period of uncertainty and more volatility. It looks like government bond yields are going even lower, which is hard to believe.”

What does the vote mean for Canada and its investment community then?

“Canada won’t be in a vacuum,” says Wisniewski. “There will be a stronger US dollar, the euro will go lower and there will be more pressure on commodity prices. That will be bad for the Canadian economy and also its currency. Based on the technicals, I don’t think oil is going back below $40 again, but it could go down again. The only positive is gold at the moment.”

So with equities down across the board in Europe, will the Sprott wealth manager be looking to find value there for his portfolio?

“From an investment perspective, a lot of the European financials have been killed so that’s something we will be looking at,” he says.  “Will I buy some of the HSBC shares I sold? Yes, potentially. The high-quality financials in Europe make sense.”

He adds: “A lot of the credit in North America has been beaten up. The banks in the US and Canada and many of other sectors have been beaten up and that has nothing to do with what is happening in Europe. To me that presents better value. There is much better value in the credit markets, certainly not in government markets that’s for sure.” 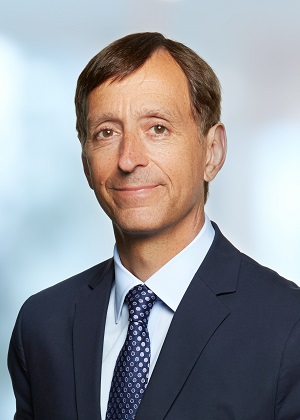