The age of uncertainty

Despite an onslaught of negative news, stock markets keep advancing – which should affect how advisors position portfolios, writes Derek Massey

The investment markets were in an age of uncertainty in 2019. Trade tensions and recession worries, as well as a host of other issues, contributed to a year of elevated economic, political and policy uncertainty, even as markets trended higher.

An important question is, why have markets performed so well? First, much of the political uncertainty has come in the form of threats and sentiment, rather than policy action. Second, risk asset classes were already discounting bad news coming into 2019, following December 2018’s risk off phase. Third, the most important reason has been the global policy pivot by policymakers and the shift in the discount rate that this created.

Today’s markets suggest investors are confident that negative factors will be resolved. Overall, we share this confident view of current markets, with notable caveats.

The ongoing US-China trade tensions will remain a drag on growth for the foreseeable future. Uncertainty surrounding the efforts to impeach President Trump could rattle traders and investors. Brexit implications also remain cause for concern. Closer to home, Canada’s new minority government may have trouble governing a divided political landscape, which could prompt market instability.

Being in the age of uncertainty doesn’t mean that investors should rush to a defensive asset allocation – this can be a costly strategy, as 2019 has shown. We believe it makes sense to retain a pro-risk investment strategy.

In Canada, value stocks remain attractive from a valuation standpoint compared with more expensive growth stocks. We expect corporate earnings to be moderate but still positive going forward and dividend yields to continue to garner interest. This supports our view that the relative attractiveness of equities versus government bonds remains compelling. We have maintained our portfolios to be slightly overweight equities.

Global bonds have been great risk hedges, but we might need to move beyond core bonds to find effective diversification going forward. In the age of uncertainty, we need to be dynamic in how we build asset allocation and broaden our investment universe.

Broader concerns remain about the risk of recession, but the jury is still out. The HSBC Nowcast, a measure of global economic activity, has steadily declined since the beginning of 2018, from a peak of 4.6% annualized global growth in January 2018 to 2.2% in July 2019. Recent weakness in economic data – combined with volatile stock markets and a temporary inversion of the yield curve – has raised concerns among investors about the risk of a US or global recession.

However, after slowing through 2018 and early 2019, our global Nowcast has stabilized at just over 2% annualized growth. Within that, there is a clear division between US growth, which remains above trend, and growth elsewhere, which is materially below the levels seen in recent years.

The current global growth rate is at about the same level as during 2016, when recession fears last flared up but did not translate into an actual recession. We have yet to see enough negative data to support forecasts of an impending recession.

We are also encouraged that central bankers are maintaining their more accommodative monetary policy. Low inflation allows central banks to remain proactive, but policy space is limited. There is likely to be greater emphasis on fiscal policy to support growth. Over the next 12 months, we expect at most one rate cut from the BoC.

The Canadian economy is also expected to benefit from government spending as the new Liberal minority government seeks to live up to its campaign pledges. The government’s focus on placating its new allies in the NDP, who are demanding increased public spending, should also see government funds flowing into the economy. On balance, we are confident that a global recession is unlikely to take hold before 2021 or later. 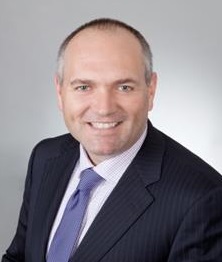 Derek Massey is a CFA charterholder and head of portfolio management at HSBC Global Asset Management Canada, where he sits on the asset allocation committee.

Is the metaverse the new ETF financial frontier?