How fund hunted down yield during pandemic volatility

As an intrepid yield hunter scouring the plains of the fixed-income market, Roshan Thiru has managed risk and captured upside with aplomb, navigating tumultuous periods of volatility amid a global pandemic. The Manulife Yield Opportunities Fund has the numbers to back it up: ending 2019 returning approximately 14% and 9% in 2020. In what Thiru, who is Head, Canadian Fixed Income at Manulife Investment Management, calls a “value-siphoning” market, these are lofty results.

They don’t happen by accident, however. The 80-20 fixed income-equity fund – comprised of approximately 16% equities with put options – has three core tenets that its team focuses on: value, volatility and flexibility. It’s a philosophy that’s produced a 10-year return of about 6.5% annualized, which compares favourably to the 10-year Canadian government return of about 1.7%.

Thiru told WP that the fund targets 5-7% net of fees over a three-to-five-year period, which has fostered a laser-focus on valuation. “If value isn’t compensating for the risk, we'll reposition,” he said. “We will get out and wait patiently.”

He added: “We also use market volatility to our advantage – a good investor will always do that. We never let a crisis go to waste. 2020 was a case in point – we increased our high yield exposure from 30% to 45%. That's what a smart investor will do.”

Remaining nimble is also paramount. The fund invests in liquid asset classes so it can sell and move quickly when needed. Thiru runs a multi-asset strategy, including the likes of high yield, leveraged loans, investment grade, corporates, government bonds and managing the equity weights for dividend stocks.

The current distribution yield is about 5.1% and Thiru is upbeat that the future is bright, with the fixed income market much healthier now than it was last year when, in the early stages of the pandemic, markets were facing a liquidity crisis.

Compared to the situation today, it’s night and day, Thiru said. Liquidity is robust, credit spreads are tighter than pre-pandemic levels, defaults rose much lower than forecast, and yields are higher.

He explained: “Higher yields mean it's easier for us to get high-income generation for investors, so that's a positive. At the peak of the pandemic, the long Canada was yielding less than 1% but is now close to 2%, so you can see how much better things have got from that point of view.

“The higher-rate environment also helps with capital preservation on a forward-looking basis. That means if there's a risk of a value-siphoning event, you can rely on fixed income again to cushion the blow and offset some of what you may have lost in equity markets.

“We manage our fund as a reliable income solution with a focus on capital preservation, so the current environment is pretty hospitable.”

In many ways, investors and markets are in uncharted territory. The Fed’s forward guidance now is outcome rather than outlook based, while the employment mandate has shifted from full employment to full and inclusive employment. Many remain unsure how to interpret this new framework and speculation about when and how the Fed will taper is rife.

Meanwhile, governments have thrown out fiscal restraint and are borrowing and issuing significant amount of debt, with central banks as their best customers. This has caused inflation in real and financial assets, and stock valuations are at an all-time high.

Thiru believes central banks have both dampened volatility in the risk markets and caused it. In 2018, they disrupted the market when they abandoned rate hikes but when they stepped in after the onset of the pandemic, their policies quelled much of the panic. For Thiru, though, both are opportunities to do what the fund does best; when asset classes are mispriced, he hunts for bargains.

He said: “Central banks have created this [scenario] because of their overly accommodative monetary policy stance since the 2010 financial crisis. It’s had a lot of implications, one of which is obviously inflated market prices.

“But central banks do cause volatility, and the volatility is an opportunity for a good investor who is patient and disciplined.”

A rise in inflation was expected and the portfolio manager knew the fund had to be ahead of the game. It sold off duration-sensitive assets such as investment grade corporates and government bonds, and made decisive allocations to high yield, and leveraged and emerging market loans. It also increased its exposure to floating rate loans and equities, moving its allocation up from 10% at the bottom of the crisis all the way to 20% early in 2021.

Further, it drastically cut U.S. exposure to avoid the negative impact of the U.S. dollar, and built-up cash to 10%.

The fund is now sitting at 2.5% positive return, while the Canadian bond index benchmark is down about 4.5%.

More broadly, Thiru does not fear inflation running hot at 4% as some have speculated and pointed out you have to go back to the mid-90s to see CPI above 2% on a sustained basis in the western world. He believes the reasons are structural and that an ageing population, lower birth rates, industrial globalization, the rapid adoption of technology, and the debt piled on since 2008, are all deflationary.

So, while inflation is going to pick up from its low base and economies are reopening, these structural factors are entrenched. He thinks: “Rates will be higher, and inflation will be higher, but they won’t be anywhere near higher by historical standards. Rates are still going to remain low.”

To illustrate the approach of the Manulife Yield Opportunities Fund, Thiru explained the thesis behind one notable holding – Inter Pipeline Ltd., a midstream company in Alberta that offers a hybrid bond, which represents about 1.05% of the fund. Thiru traded up last year when it was yielding close to 10%. Bought in the mid-80s, the bond is now trading at $108 and yields about 5.5% having generated a 40% return over the past four months.

The fund’s conviction in the name comes down to deep credit research, including three meetings with management in a six-month period.

The team’s reach is extensive. While renowned investor Alan Wicks oversees the equity portion, Thiru said there are a total of 36 global investment professionals who have input into the fund. With this collaborative approach, the fund has navigated the choppy waters of the pandemic and reinforced its time-tested philosophy around value, volatility and flexibility going back to its inception in 2009. Investing through the volatility and for the long term has paid off.

Thiru said: “The commitment of our team to the philosophy and process, and how passionate we are about it, ultimately, that's what drives returns.”

Sponsored by Manulife Investment Management, as of June 2021.

The views expressed are those of Manulife Investment Management and are subject to change as market and other conditions warrant. Information about a portfolio's holdings, asset allocation, or country diversification is historical and is no indication of future portfolio composition, which will vary. Certain research and information about specific holdings in the Fund, including any opinion, is based on various sources believed to be reliable. All overviews and commentary are for information purposes only and are not intended to provide specific financial, investment, tax, legal, accounting or other advice and should not be relied upon in that regard. This material was prepared solely for informational purposes, does not constitute an offer or an invitation by or on behalf of Manulife Investment Management to any person to buy or sell any security and is no indication of trading intent in any fund or account managed by Manulife Investment Management.

Commissions, trailing commissions, management fees and expenses all may be associated with mutual fund investments. Please read the fund facts as well as the prospectus before investing. Mutual funds are not guaranteed, their values change frequently and past performance may not be repeated. 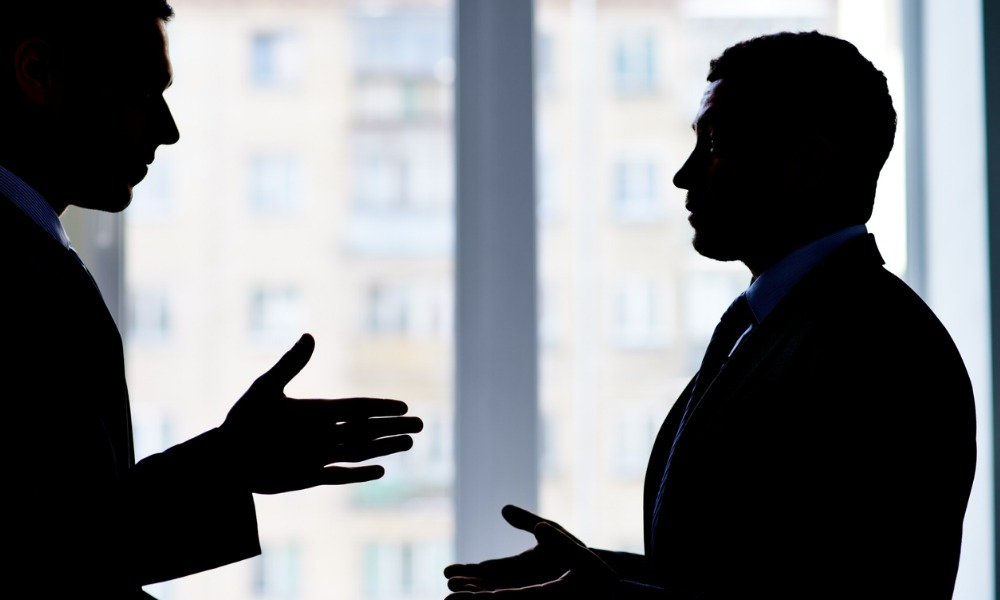 Why advisors can't afford to rule out central bank mistakes 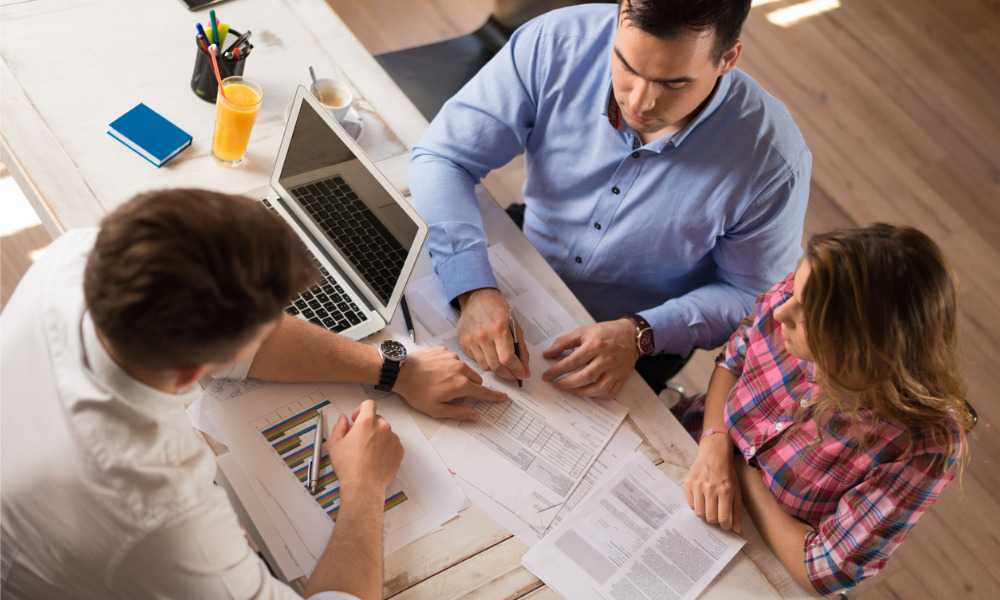 ‘We can’t take our foot off the gas,’ says veteran advisor 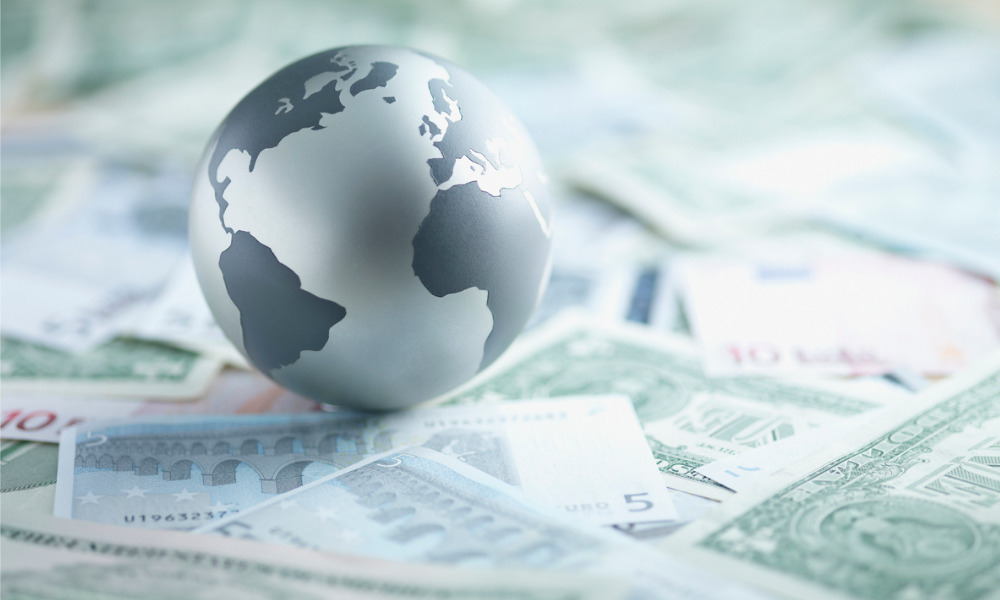 Why global wealth will grow despite economic turmoil