This financial advisor reveals to WP everything from what she feels is the real problem with the financial advice industry to what she would do if she was the political leader of this country.

Net-worth manager, as she pegs herself, Kathy Waite shares her insight into going beyond 'selling', or even 'advising,' clients, how she looks to an equestrian for advice and escaping the biting cold of the Prairies. 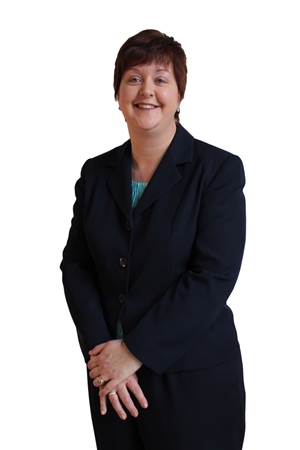 Why financial advice?  No, no, no not advice! I believe in financial education not advice. Over 20 plus years I have figured out informed choices, not being told, leads to peace of mind. I preach “no one cares more about your money than you do…so learn!” Don’t just do what you are told to do. Don’t advise clients, be their co-pilot!

How would you sum up advisors in three words? Financial Personal Trainers

How would you change the industry?  Ban commissions with all the inherent conflicts of interest they bring. If you want to be considered a professional be paid for what you know, not what you sell.

Best adviceyou’ve ever been given?  From Susan Van Dusen a great friend client and horse trainer: When your horse trips or runs off with you don’t panic, heels down, sit tight, breathe, lean back say whoa ……… has kept me safe and in my saddle. I realize same applies in life. When the going gets tough lean back and say whoa, while you breathe deep and take stock, it’s probably not as bad as you first think.

What’s the most important thing an advisor can do to develop their business?  Genuinely help families make the most of what they already have. Don’t “sell”, don’t focus on product. Look for strategies and solutions to save them money instead. In future, when they do need something you will be the person they trust to come to —as will their friends.

If you were Prime Minister for one day, what would you do?  Attack child poverty, where we are born is just luck but shapes our futures. Poverty shouldn’t be a life sentence we need to give those who want it a hand up and out. I would bring down the prices of daily essentials like food and vegetables so that eating healthily isn’t a privilege. More affordable housing in safe areas so that kids sleep soundly and don’t go to school hungry, how else do they get an education and progress?

What’s the biggest challenge facing the industry today?  Apathy from the majority of the population. Most  have seen and heard it all before. Advisors get richer and companies make money but where do I get to? Why bother?  Persuading families to be proactive and not wait to act until there is a  problem or they are at a crossroads.

Stanley Cup, Grey Cup, World Series, World Cup or other?  Olympics Dressage, horses are my thing, not leather balls.
What’s your favourite drink?  Limoncello, a lemon liqueur I discovered on Italian vacations. Memories of warm evenings sitting under lemon trees when its minus 42 in Saskatchewan get me through.

If you could invite three people to dinner, dead or alive, and excluding family and friends, who would they be and why?
Jack Bogle, early in his career - fired for a huge mistake - but went on to found the non-profit Vanguard Group that grew to the second largest mutual fund company in the world. Still giving great interviews at 84. Champion of the small investor and passionate about what he believes.

Margaret Thatcher who made it from shop keeper's daughter — who instilled in her the value of hard work and persistence — to the first and only female prime minister of Britain. Whether you agree with what she did or not, she was determined. Her most famous conference speech 1980 promised  "You turn if you want to. The lady's not for turning.”

Michael Palin - an English comedian, actor, writer and television presenter, one of the comedy group Monty Python, great travel writer. Would be hilarious to hear his dead parrot and travel tales.

Helping clients get vaccinated is an 'indescribable feeling'

A strong alternative to the traditional 60/40 portfolio